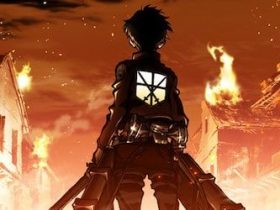 Attack on Titan: The Last Wings of Mankind may see western release

Ubisoft has started a special SummerSlam themed in-game event in Brawlhalla, which will run until Tuesday 27th August.

These will still be available after the event ends, and are priced at 300 Mammoth coins each:

There is also a free new game mode called Brawldown, which includes a ring, breakable tables, and rope physics.

In the epic free-to-play platform fighter, Odin, King of the Gods, has built a heaven for warriors called Valhalla. On his command, Valkyries, beautiful goddesses of war, scoured the universe for the greatest warriors to fill this hall.

To Odin’s surprise, they not only returned with vikings, but legendary warriors of every description, whether that be pirates, cowboys, Mongol warriors, Amazons or even monsters and aliens. But, while waiting for Ragnarok, the warriors become bored.

With battles constantly breaking out, Odin, in a moment of desperation, set up the grand tournament. Now, the best warriors from every time and place fight to become champion.

You will have the chance to jump into single-player and co-op modes as well as online and local competitions, choosing to brawl as one of more than 40 characters.

Brawlhalla is now available on the Nintendo eShop for Nintendo Switch worldwide.