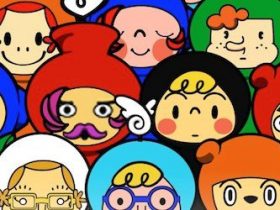 Created with the Build engine that was used to power ’90s classics like Duke Nukem 3D, Blood, and Shadow Warrior, this old-school first-person shooter stars Shelly “Bombshell” Harrison who has a deadly date with Dr Jadus Heskel and his cyber-cultist army.

With auto-saves, improved physics, map interactivity, and headshots that weren’t possible back then, you will use signature weapons – such as Shelly’s trusty triple-barreled Loverboy revolver, the Disperser or Clusterpuck – to defeat the cyborgs that you are confronted with.

“We wanted to make sure the gory fun from the PC version felt just as great on consoles,” explains 3D Realms CEO Mike Nielsen.

“We never thought we would see the day where we could use the Build engine on modern consoles, but we think our players will enjoy the efforts of Voidpoint and General Arcade’s fantastic work.”

Ion Fury will release on the Nintendo eShop for Nintendo Switch worldwide on 14th May 2020, with the physical edition to hit retailers on 26th June 2020.