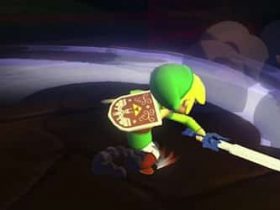 Aonuma discusses The Legend of Zelda: The Wind Waker HD

Nintendo has announced that sales of the Nintendo 3DS have hit a worldwide figure of 6.68 million units.

Such a figure includes sales from launch up to September 30th, and was confirmed within the company’s half-year financial document released today.

Between July to September, 2.36 million units were sold proving that the handheld’s price drop was effective.

This also means that Nintendo 3DS sales, in comparison to the Nintendo DS, are ahead of its predecessor which reached 6.65 million units at during a similar period. However, it must be remembered that the launch of the DS was more spaced out than that of the 3DS, releasing in November 2004 across North America, December 2004 in Japan and March 2005 in Europe.