The theft of his village’s drink supply is the only catalyst that chief Goro needs to rampage on a quest for vengeance.

It is in the presentation that Wooden Sen’SeY astounds, with developer Upper Byte casting the player into what they describe as a “Japanese Steam Rock world.” Bamboo-laden fields pave the way for windmill occupied fields that gently blow cherry blossom across the screen, with such artistry perfectly matched by the matryoshka doll inspired character design. Ancient temples, mountainous climbs placed against blaring sunset backdrops and murky underwater caverns continue to thrill, even if the resplendent Asian locales sometimes feels at odds with the underwhelming gameplay that accompanies them. 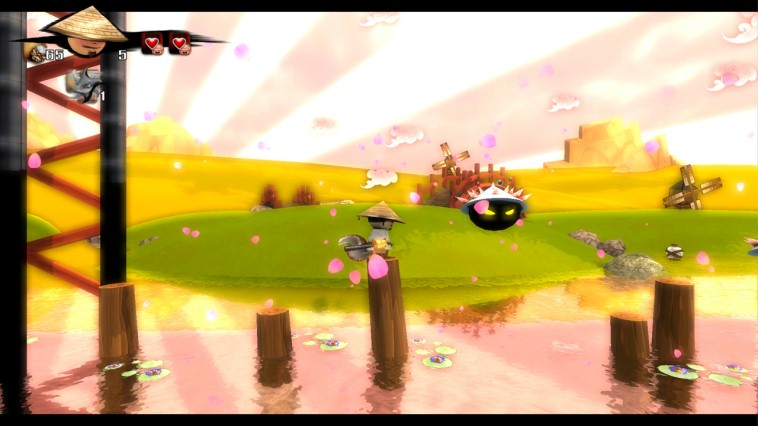 Equipped with dual axes, Goro gleefully leaps into the fray of Upper Byte’s action-platform outing – but it is here that cracks beneath the sumptuous surface begin to show. Inconsistency in implementation detracts throughout the entire adventure, and it is clear that more time could have been spent to really hone the experience. The way that you carelessly flail your axes to defeat foes and smash crates means that the player never really feels a connection to the blows that they strike, grappling mechanics come off with awkward success, and Goro’s somewhat limited move set means that there’s really only ever a single method to tackle the challenges placed before you.

This only worsens as the difficulty ramps up and, especially when Time Attack is unlocked, those that enjoy racing against the clock will only become increasingly frustrated by the imprecision. Shurikens, bombs and missiles appear as marginal efforts to differentiate the way that you can neutralise your foes, with a parchment appearing at each level’s conclusion detailing the total number of SeY bottles collected and enemies dispatched – rewarding those that leave no stone unturned. An in-game achievement system helps to objectify your approach while trying to beat the developer’s own times in each stage levies additional scope to push you. 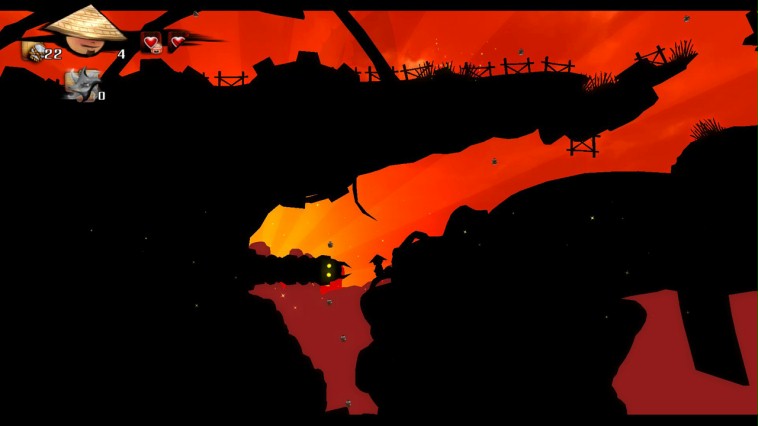 Off TV-Play is granted by the Wii U GamePad, which otherwise displays an eager Goro with his current health, lives, shurikens and gathered booze. Players can also choose to tilt to grapple swing or haphazardly slam the controller forward whenever they want to pound the ground, which, while a curious addition at first will soon enough result in you immediately switching to non-motion control input in the options menu.

It is Goro’s permanently etched smirk that best represents Wooden Sen’SeY. The fanciful visual flair will have you grinning from the outset, but a short while with the Nintendo eShop addition will soon turn that into a grimace. Persevere and you may still be entertained, but just be prepared to step away from your Wii U for sanity’s sake on occasion.