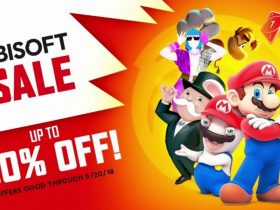 CFK has revealed that Wonder Boy Returns Remix will release on Nintendo Switch this month, the classic side-scrolling action game “remixed and reborn” for the portable home console.

This 1986 arcade hit has been updated with high-definition anime-inspired visuals and sees a young boy set out on an adventure to save his girlfriend Tina.

There’s a new Charge Shot feature that has been introduced, which presents the chance for you to destroy enemies with a gigantic stone axe.

Wonder Boy Returns Remix will release on the Nintendo eShop for Nintendo Switch worldwide on May 23rd, priced at £8.99 ($14.99).