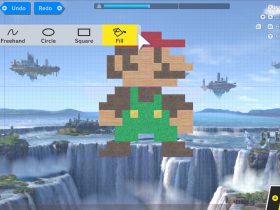 Nintendo has filed the documentation required to release a wireless SNES controller for Nintendo Switch with the Federal Communications Commission (FCC).

The filing was uncovered ResetEra’s Link83 and, while the documentation will remain confidential until 6th February 2020, a diagram that shows where the label will be placed reveals that the “Wireless Game Device” that has been submitted is a replica SNES controller.

The other connection that has been found is the model number – HAC042 – which matches other first-party Nintendo Switch consoles and accessoris that use the same “HAC” numbering.

Back in January, 22 SNES games were uncovered in the programming strings for the Nintendo Entertainment System – Nintendo Switch Online app.

These could be the games that launch with the Super Nintendo Entertainment System – Nintendo Switch Online app, which were: