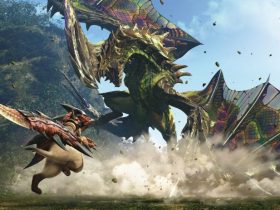 Wipeout 3 will release later this year for Nintendo 3DS and Wii, Activision have confirmed.

With all-new features and effects, players will once again be catapulted into tackling the intense obstacle course. Fans will recognise favourites such as the Sweeper Arms and the Big Balls, and can enjoy twelve winter and summer course themes, with “Instant Replay” surely proving to provide hilarious results.

Split-screen multiplayer and team modes support up to four players, so everyone can join in on the competitive action. The new Wipeout Shop is also stocked with useful items that enhance performance, unlockable characters and special themed episodes.

“Much of Wipeout’s success has stemmed from the fact that people of all ages enjoy the show,” commented Matt Kunitz, Wipeout’s Creator and Executive Producer. “We want to capture that essence with Wipeout 3 so that kids, parents, and even grandparents can plunge into this easy-to-learn, zany game.”

Wipeout 3 will be available later this year for Nintendo 3DS and Wii.