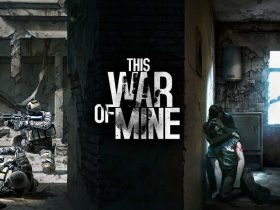 This War Of Mine: Complete Edition Out On Nintendo Switch Next Week

Versus Evil and EVC have announced that Wintermoor Tactics Club is in development for Nintendo Switch.

This narrative-driven turn-based tactics RPG is set in a high school during the 1980s, and has looked to combine the contemporary setting with tactical fantasy RPG battles.

You play as Alicia, a member of the Wintermoor Academy Tactics Club which sees students play the popular tabletop game of the time, Curses and Catacombs.

Obsessed with finding the Ultimate Club, Principal Enfield announces a mandatory snowball tournament between the Academy’s clubs. You will need to use your tactical knowledge to defeat your competition in battle.

You will unravel the sinister truth behind the War of the Clubs as you work to break down the walls of high school cliques, make new friends and unlock their true potential.

This supports the game’s underlying narrative and themes about inclusion, and the way we often narrowly define ourselves and others based on the groups we belong to.

Wintermoor Tactics Club will release on the Nintendo eShop for Nintendo Switch worldwide in 2020.