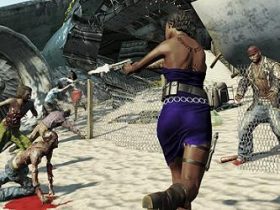 Dead Island Riptide runs on Wii U “without any problems”

Winter Stars begins with a crash, and not a pleasant one. Immediately slapped into a set of skis, you assume the role of Jake Otis as you partake in a downhill skating event with the cold, mountain air whistling past your face. Things become awry, however, as Otis misjudges a jump resulting in a particularly nasty injury.

Such light narrative involvement continues to expand through the game’s Career mode, where you find Otis frustrated at his costly error and forced to provide moral support in coaching fellow members of the “Flames” as they seek their rise to fame.

You’ll engage in an extensive series of sixteen cups, underpinned by a level and upgrade system that allows you to spend experience points to increase the talents of one of your athletes – raising their abilities within their respective field.

Each member of your team is proficient within their own discipline, and they’ll take it in turns to participate within events whilst the others rest up at the Sports Lounge. There are eleven disciplines within the game that include bobsled, snowboard cross, short track, biathlon, freeride skiing, downhill skiing, ski flying, figure skating, snowmobile, curling, and paraskiing.

From these, every player is sure to find their favourites and a number manage to elevate themselves above the rest. The artistic flair of figure skating proved to be a surprise, a more rhythm-based affair where you must respond to on-screen prompts in time to ensure you don’t stumble. Ski flying and paraskiing also prove to be fun, especially when a mistimed jump can lead your character humorously astray.

At its core, however, Winter Stars begins to crack under the ice. Whilst my initial hour with the game was a relatively enjoyable one, inconsistency soon rears its ugly head. You become increasingly aware at the inconsistency of control responsiveness, the AI flicks as it sees fit between retardation to granting itself ridiculous expertise, and if you don’t know what’s required of you within an event you’re at an immediate disadvantage.

Whilst a control tutorial (also offered as an interactive tutorial) acts as a viewable precursor to each event, the game never goes out of its way to explain at length what the event itself actually encompasses. The biathlon, an engaging event which I hadn’t known about previously which tasks the player to ski around a course to then stop at a mid-point to participate in a firing range, is an example of this. I was left puzzled, wondering why my character left the starting line with a rifle strapped to their back before finding myself dropping to the floor to fire off shots at a few different targets.

I similarly know nothing about curling or how to ensure I can achieve higher scores within figure skating, and whilst playing the events will allow you to attempt to figure such things out for yourself, as a family-friendly release, especially aimed towards a younger demographic, the developer should be expediting such learning processes not hindering them.

Control responsiveness is also notably loose in certain events, matched by similarly awkward character animation that never alters throughout the entirety of the event. The difficulty also becomes unpredictably variable, and for those that fail to implement their Adrenaline meter, which grants the player a boost whenever filled, will find themselves continually struggling to achieve victory even early on in the game. The fact that it remains at all times to be such an absolute necessity to win – perhaps a trick to achieve a constant greater sense of speed – is ludicrous.

To appeal to less experienced players, a Family Mode has been included that removes the more complex set-up. Although for me, not just as a more seasoned player, this seemed far too overly simplified with controls and movement being largely automated, especially within racing disciplines, resulting in an entirely disengaging experience.

As a test to see just how much assistance is provided, I actually set my Wii Remote and Nunchuk combo aside for the Biathlon event, and apart from having to manually shoot the targets I didn’t have to lift a finger to maintain a competitive advantage. I ended up winning with a 20-second lead.

It will benefit children, whom such a mode is clearly more suited to, with parents safely aware that through minimal effort, and without the child’s knowledge, that they’ll always be able to complete events without a struggle, regardless of where they place.

That said, the levels of difficulty when Family Mode is activated remains bewildering. With reduced control and interactivity, the player has little to no control in ensuring that their continual performance within each discipline will allow their efforts to result in a podium finish. Odd indeed.

A series of multiplayer modes sprinkle some variance, such as Capture the Flag and Rocket Race alongside all core disciplines, enabling you to go head-to-head with a friend in split-screen. You can also utilise the Nintendo Wi-Fi Connection to play against up to three opponents online in Fairplay mode, where all players have teams of the same strength or Tough mode where you can use your career team with all unlocked upgrades and talent levels.

Frustratingly, Winter Stars had the potential to offer a more definitive sports experience, yet has seemingly been thrust out ahead of the Christmas period before it received a much-needed final layer of polish. There’s still enough to enjoy here, and competitive players will relish the challenge provided by the extensive Career mode, yet the entire package leaves expectations falling short of the finish line. 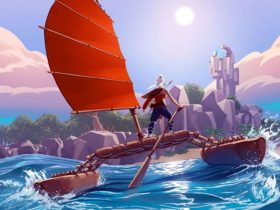