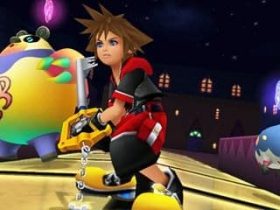 We’re giving you the chance to win one of six Pokémon Trading Card Game: EX Tins, which we recently reviewed, that were launched across Europe last week.

To win, we’re trying something new and will be offering you two ways to enter the competition – you can get two entries for yourself by using both methods!

Firstly, all you have to do is answer the following question correctly:

What was the name of Ash Ketchum’s starter Pokémon?
a) Peek-a-boo
b) Pikachu
c) Peek-achoo

Once you’ve worked it out, email your answer to [email protected] with the subject ‘Pokémon Competition’.

For a second entry into the competition, head to Twitter and write the following:
“I’ve entered the Pokémon competition on @NintendoUni, follow them and RT to win! http://www.nintendo-universe.co.uk/2012/03/26/win-a-pokemon-trading-card-game-ex-tin/ #Nintendo #Pokemon”

We’re planning on giving away three Pokémon Trading Card Game: EX Tins to email participants, and three to those that enter through Twitter.

Best of luck to you all!