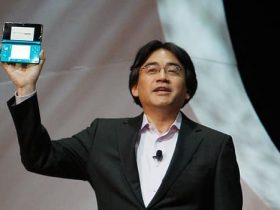 During an interview with Kotaku regarding the new Wii U, Katsuya Eguchi, one of Nintendo’s chief game designers, has commented on the disc format that is set to be utilised.

The technical specifications of the Wii U, released yesterday by Nintendo, already revealed “a single self-loading media bay will play 12-centimeter proprietary high-density optical discs for the new console.”

Eguchi has offered additional information, explaining that the proprietary disc format will be able to hold 25 Gigabytes of data. He declined to comment as to whether the system’s internal memory is 8GB, although Nintendo have already stated that the console will support external USB hard disk drives for expanded storage capacity.