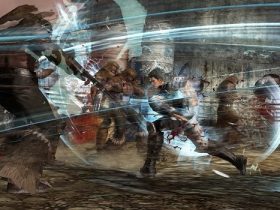 As promised, Nintendo of America have today confirmed the titles that will accompany the launch of the Wii U Virtual Console this week.

This will consist of eight classics, such as Excitebike, F-Zero, and Super Mario World.

The Wii U Virtual Console arrival coincides with a system update for the console, which brings improved loading times and the automatic download of software updates, along with other features.

The confirmed launch lineup is as follows: