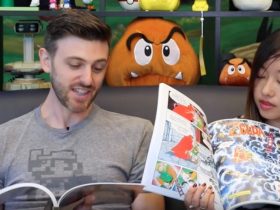 Nintendo has confirmed that the Wii U console will be able to support up to two Wii U Game Pads simultaneously.

Previously Nintendo had intended for only one game pad device to be used with the Wii U suggesting that other players would use Wii Remotes for multiplayer experiences.

A number of other tidbits about the Wii U controller were confirmed.

The Game Pad’s battery life will last 3-5 hours depending on the brightness of the screen and will take up to 2.5 hours to recharge.

Nintendo confirmed that the Game Pad can be used while charging.

Nintendo recently re-announced the Wii U Game Pad controller with new analogue sticks and a number of tweaks to its design.

A virtual tour of the Game Pad can be found below: