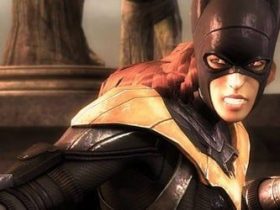 Batgirl descends upon Injustice: Gods Among Us

Whilst the Nintendo Network has already undergone scheduled maintenance this week, the Wii U’s Nintendo eShop will be taken inaccessible again on Thursday.

During last week’s Nintendo 3DS Direct, global president Satoru Iwata confirmed that the company will be releasing their anticipated system update for the console this week.

This brings significantly improved loading times, the arrival of the Wii U Virtual Console, the ability for the console to automatically download and install software updates, and allowing data to be swapped between separate USB devices, among others.

Complete details, provided by Nintendo of America, are as follows: