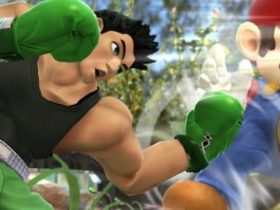 Nielsen have shared a report in which they have investigated consumer adoption of the eighth console generation, polling an undisclosed number that have upgraded to PlayStation 4, Xbox One and Wii U.

Notably 86 percent of those that bought a Wii U had previously owned a Wii, compared to 76 percent transitioning from Xbox 360 to Xbox One, and 66 percent from PlayStation 3 to PlayStation 4.

Asked as to why they chose to buy a Wii U respondents shared the top reason as being “Fun-Factor,” closely followed by being “Better for Kids,” “Price/Value,” “Backwards Compatibility,” and “Exclusive Games/Content.” Whereas those that bought either a PlayStation 4 or Xbox One named “Better Resolution” and “Brand” respectively as the most significant reason behind their decision.

Areas in which Sony and Microsoft drew their audience were for their “Blu-ray Player,” “Faster Processing Power” and “Innovative Features,” demonstrating areas in which Nintendo can up their game whenever their next console arrives.