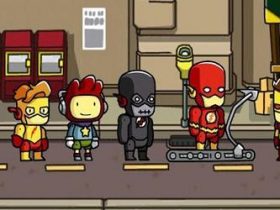 During yesterday’s Wii U Direct, Nintendo’s global president Satoru Iwata confirmed that they are currently developing a new party game for the console.

Set to release over Summer, this is the latest project by the creators of Wii Party and sees the console’s GamePad used in a multitude of differing gameplay styles.

Those shown include a game where you must shake the Wii U GamePad to roll dice to move around a board, a Twister-inspired game that incorporates Wii Remotes as well, and games in which two players use a single GamePad such as Table Football and Baseball.