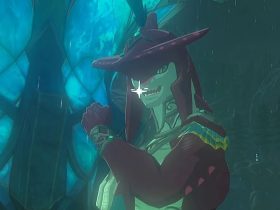 Nintendo Love Prince Sidon As Much As You Do

Alongside announcing their return to quarterly profit, Nintendo have today provided a rundown of how the Wii U and Nintendo 3DS are faring.

Nintendo sold 610,000 Wii U consoles worldwide, to bring the total for the current financial year to 1.12 million. That’s still notably short of their 3.6 million goal – although brings the console’s lifetime sales past the 7.29 million mark – and they will look toward Bayonetta 2, Super Smash Bros. for Wii U, Captain Toad: Treasure Tracker and amiibo to spur sales.

Meanwhile, Nintendo 3DS hardware sales have fallen year-on-year. 1.27 million handhelds were sold in the past quarter, compared to 2.49 million in the same period last year. That’s despite Super Smash Bros. for Nintendo 3DS being a roaring success – shifting more than 3.22 million copies in under a month – and Tomodachi Life, which now sits at 3.12 million sales worldwide.

While Nintendo’s portable has seen far fewer blockbusters this year, Pokémon Omega Ruby and Pokémon Alpha Sapphire will hopefully improve the situation – although some consumers may now be hesitating in wake of the New Nintendo 3DS and 3DS XL’s reveal.