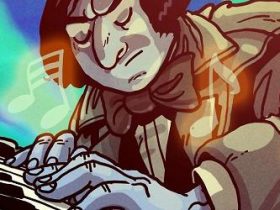 What is the range on the Wii U GamePad you ask? Well, the optimal range is eight meters according to Nintendo of America’s senior product marketing manager Bill Trinen.

“There is,” Trinen began, asked by 1UP as to whether there was a limit on the distance the Wii U GamePad could be used. “And it’s… of course, when we’re generally giving limits on things like that, and I think the same thing can be said for the Nintendo 3DS battery life.

“In meters it’s like eight meters. In feet it’s about 24 feet. That’s for best performance.”