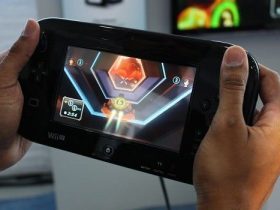 Giants Software: Wii U could do even better than the Wii

A report from consulting firm Hit Detection is claiming that developers currently working on titles for the Wii U are using underclocked development kits, meaning that the graphics they are producing are indistinguishable from those of the PlayStation 3 or Xbox 360.

The firm explains that Nintendo chose to show tech demos during its E3 Media Presentation “due to titles not looking much better than what is currently available on Xbox 360 and the PS3, Nintendo decided late in the game to not show those titles.”

The report continues, “Developers have underclocked development kits, and worked hard to deliver titles running on that hardware to demonstrate live at E3. THQ stated that Darksiders II was running on development hardware and could have been shown. Also, Epic vice president Mark Rein tweeted during E3 that Gearbox’s Aliens: Colonial Marines was being made for Wii U with Unreal Engine 3, showing that Epic is bringing its tech to Wii U.”

However, third-party developers have apparently revealed to GamesIndustry.biz that the Wii U is expected to surpass the graphical capabilities of its rivals. Ubisoft CEO Yves Guillemot recently stated that “It should be even superior for some of the games. We don’t know everything, so we have a few things Nintendo is telling us that will have such and such powers.”