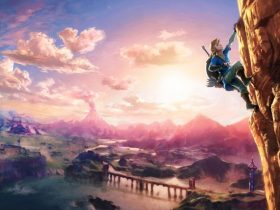 No HD Rumble In The Legend Of Zelda: Breath Of The Wild On Nintendo Switch

Wii Street U is now available across Japan, Nintendo have confirmed.

The application, which was created in collaboration with Google, can be downloaded for free through the Nintendo eShop until May 31st, after which it will presumably be priced.

Alongside this an Iwata Asks article has been published, within which it has been revealed that the project saw a relatively short development time.

Nintendo’s global president Satoru Iwata also wore a ‘Trekker’ suit (see above), that contains 15 cameras and is used to shoot images in narrow spaces. This weights approximately 18kg, or 40 pounds.

A Miiverse community will also be launched for users to share their experiences, and the trailer below will show you just how it all works.