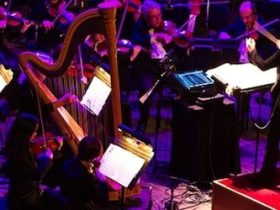 Zelda: Symphony of the Goddesses concert series returns in 2015

Nintendo of America have seen a further patent-infringement lawsuit brought against them dismissed, which follows a recent patent battle win for the company just last week.

Triton argued that technology used by Nintendo for Wii MotionPlus infringed upon their patent for a mouse that “senses six degrees of motion arising from movement of the mouse within three dimensions,” making use of accelerometers and angular rate sensors.

“We feel vindicated by the court’s ruling,” said Richard Medway, Nintendo of America’s deputy general counsel. “Nintendo’s track record demonstrates that we vigorously defend patent lawsuits, like the Triton lawsuit, when we believe that we have not infringed another party’s patent. Consumers respect Nintendo because we develop unique and innovative products, and because we respect the intellectual property rights of others.”