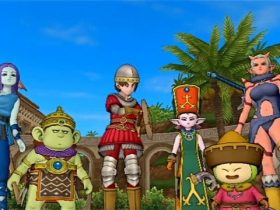 With news that Nintendo of Japan have halted Wii production, it has now been confirmed that consoles are no longer being supplied to Europe.

The company were keen to reaffirm the backwards compatibility of the Wii U, whilst the Wii Mini, which arrived in March, also remains an option.

“Wii imports to Europe have been discontinued. However, there are still a variety of options for consumers to enjoy Wii games and the Wii gameplay experience,” a Nintendo UK spokesperson confirmed to MCV.

“Wii U, which is Nintendo’s latest home console, is backwards compatible with nearly all existing Wii games and accessories, so you can enjoy a vast library of disc-based and downloadable Wii games and Wii gameplay experiences when you switch to Wii Mode on Wii U.

“Wii Mini is also now available across Europe offering Wii gameplay experiences at a great value. Wii Mini puts the focus squarely on games with over 1200 existing disc-based Wii titles to choose from.”