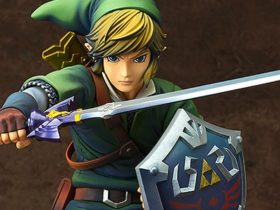 Nintendo have announced that their Wii Balance Board peripheral has been awarded a Guinness World Record for being “the best-selling personal weighing device”.

“The launch of Wii Fit with the Wii Balance Board revolutionised the way people got active at home, making it fun and easy to exercise in the comfort of their own living room,” comments Laurent Fischer, Managing Director of Marketing & PR of Nintendo of Europe. “As the Guinness World Record shows, sales of both Wii Fit and Wii Fit Plus have remained healthy since the day they first went on sale and, with Wii now having sold over 30 million units across Europe, Nintendo hopes this trend will remain strong.”