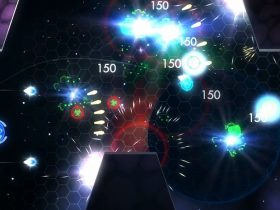 The first time I had the concept of the Animal Crossing games explained to me, I scoffed. How was that a game? There’s no end goal. No objectives. No story. It’s just you, a human, living in a town full of animals.

Nevertheless, I sat and watched my newly-made university friend play Animal Crossing: Let’s Go to the City on the Wii. And suddenly, his affection for it made sense. It was so cute, so charming, so peaceful. Not long after, I had made my own AC version of me, and was wondering where this game had been all my life.

Long after finishing university I am still playing Animal Crossing, but now it’s the New Leaf edition. I bought a 3DS specifically to play it. I may have let my town get overgrown with weeds once or twice, accidentally let some of my favourite villagers move out and fail to make my town look as perfect as those in the ‘Dream Suite’, but I am still playing three years later. There aren’t many story and objective-free games that can hold that sort of attention span.

Clearly, it’s not just me that feels the same way. Nintendo recently released a huge, free update for New Leaf, breathing new life into a much-loved game. Here’s what so great about Animal Crossing, and why, after so many years, I keep coming back to it. 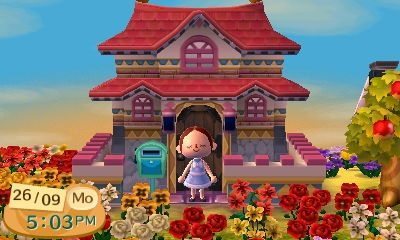 Life is tough, but not in the world of Animal Crossing. The worst thing that could happen is you’re tricked into buying a fake work of art by mischievous Redd, or your favourite villager ups and leaves. The point is, there’s no murder, death or hatred in Animal Crossing. It’s as pure as video games can get. Heck, even sexism doesn’t exist – boys can wear girls’ clothes and the animals don’t bat an eyelid.

This is where Animal Crossing greatly differs from games like The Sims. Yes, you create your own little world and design your home to be just so, but there’s no danger involved. Your house won’t set on fire because you’re a terrible cook, no one will steal your virtual TV and the animals can’t die. It’s a personal utopia, which you can put your own stamp on. If you want, you can have a gingerbread home by the river, next to an Easter Island head. That’s the charm of Animal Crossing.

Of course, some people might not like the idea that the customisation and gameplay is quite so limited, but this is honestly Animal Crossing’s biggest pull. Most of us live or work in busy cities full of people. Our lives are complex and we rarely have time to enjoy the simple things. When did you last sit in a park and just watch the leaves fall off the trees? Have you ever even spoken to the people who live next door to you?

Animal Crossing takes the simplest of tasks and makes them enjoyable. You can tend to the flowers and trees, catch bugs, dig up fossils, or just run around performing tasks for the residents. It’s a little slice of country life which I think, deep down, we all crave.

With most video games, there’s a sense of urgency to complete the story or level up as fast as possible. We don’t want the plot spoilt for us on the internet, and we want to be able to be on the same playing field when we game with our friends online. You can’t complete Animal Crossing. Yes, you can strive to have the biggest house and pay off all your loans (just like real life, eh?), but there’s no real finish line.

The goal of Animal Crossing is to just exist and enjoy the world. You might get personal goals for yourself – i.e. you want to completely fill up the museum by finding every piece of art, bug, fossil and fish. However these aren’t necessary. Some players never feel the need to really ‘progress’ as there’s no pressure on you to do so.

Sure, we all need to play games that give us a target to hit, but every so often it’s nice to play something where we can just relax. Animal Crossing offers that opportunity. That’s why it’s a great game to dip into every now and then. I, for example, like to play on the train home, because after a tough day at the office, I need something relaxing and non-stressful.

Every town is different 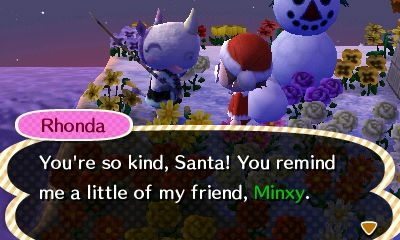 No one starts off with the same town and same villagers, each is generated to be unique. When you begin the game, you’re asked a series of questions which determine everything from what you look like to what pattern of grass your town has (yes, I’m serious). You also get to choose the layout of your town, so if you’ve always wanted to live by a lake, now’s the time to make that dream come true.

Then there’s the villagers. In New Leaf, there are some 333 different characters that can live in your town, ranging from hamsters and squirrels to monkeys and gorillas. They all have their own personalities (peppy, uchi, lazy, normal, cranky, jock, smug or snooty), catchphrases, clothing and birthdays. Every Animal Crossing player has a favourite. Mine is Biskit, who I fell in love with when he moved into my friend’s town in Let’s Go to the City. He’s a lazy dog who’s a bit dim – he once told me he lost his house keys and I found them in the ocean when I went fishing.

When you lose a favourite villager, it can be heartbreaking. The more interaction with a villager you have, the better relationship build. If they leave you a portrait of themselves when they move to a different town, you know they valued your friendship.

There aren’t many people who could resist the bright colours, cutesy graphics and charming characters of Animal Crossing. The special characters, such as Isabelle (your mayoral assistant who runs the town when you’re not there), have such well-crafted personalities that it’s hard not to love them. Then there’s the gentle music, the splash of the water when you go fishing and the sound of the fruit as it falls to the floor. Every single aspect has been designed to make you never want to leave this care-free world.

Don’t get me wrong – I love my shooters, my RPGs and adventure games, but Animal Crossing really does provide an escape like no other. It’s not difficult to see why the fanbase is so huge and far-reaching; it’s an experience which transcends culture. We’re living in tough times – 2016 has been a car-crash of a year – so we all need that pleasant escape. That’s why I look forward to Animal Crossing every evening on that train home.

Laura Varley
View More Posts
Laura is a freelance video game journalist that has an adoration for all things geeky. Her first Nintendo console was the grey Gameboy brick, which has evolved over the years into a 3DS XL. When she’s not at a desk writing, Laura is busy catching Pokemon and trying to keep the residents of her Animal Crossing town happy.