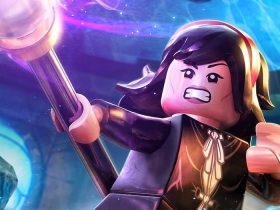 After the clunky, if not characterful menu design that was seen on Wii U, many were surprised to discover the simplicity in approach that was taken on Nintendo Switch.

That was how WhatsApp product designer Charlie Deets reacted when he first experienced it and, over time, he has reached a point where he apparently can’t stop thinking about it.

That has seen him take to writing about how impressed he is with what Nintendo has achieved, covering the interface’s speed, visual hierarchy, display and themes as well as other elements such as the wake gesture, user profiles, screen captures, controller pairing and quick menu.

“I wish I could rip into this system more and let you know how they could have done things better, but Nintendo really nailed so much of this interface out the gate. My main concern is what feature creep will do to this experience over time,” Deets concludes in an extensive article on freeCodeCamp.

“I’ve seen the PS4 start as a fairly clean interface and become noisy and less reliable for the sake of added engagement. I hope Nintendo chooses not to go that route. Engagement doesn’t make a lot of sense in a system level games UI, since the primary purpose of the interface is navigation and control.

“I’m shocked this is the same company that made the Wii U’s interface which I remember as slow, unintuitive and far less refined. They seem to have learned from experience and responded with an interface that directly combats the most obvious issues of that design and implementation.

“I’m excited about the future of this system and what further advancements will be made with the unique properties of the hardware. Nintendo has surprised me a lot with their innovation and restraint. I’m sure they are just getting started.: