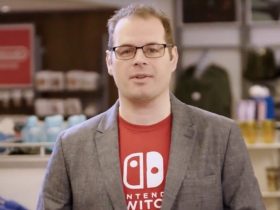 Catch Up With The Nintendo Switch Nindies Showcase

Raw Fury and Upstream Arcade have confirmed that West of Dead will release on Nintendo Switch this August.

This fast-paced twin-stick shooter takes place in Purgatory, which is described as “a place of gun smoke and darkness, sin and damnation, wendigos and witches.”

Ron Perlman (Hellboy, Sons of Anarchy) voices William Mason, a dead man who awakens with only the memory of a figure in black. No one said dying would be easy, and his existence “sets into motion a chain of events that have truly mythic consequences.”

Thrown into Purgatory’s procedurally generated hunting grounds, you must shoot and dodge your way through the grime and grit of the underworld – finding out if you have what it takes to escape with your soul intact.

West of Dead will release on the Nintendo eShop for Nintendo Switch worldwide in August 2020.