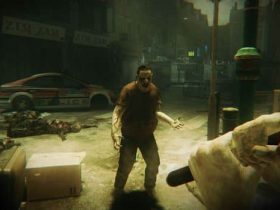 Having struck a chord with critics and consumers alike after its E3 2012 reveal, Ubisoft aligned their resources to ensure the project had the publisher’s full support.

“E3 was a great revelation for Watch_Dogs,” explained Ubisoft’s CEO Yves Guillemot. “It gave us a chance to increase the whole project, giving the studio the chance to have bigger teams to help them achieve this goal they have.”

He continued, “You always have great ideas, but you need enough people to bring it to life. After E3, we really made sure they had all the teams they needed and all the capacity they wanted to fulfill their dream.

“It’s an open world, that is well-adapted to what people want to play today. So there’s good potential for success.”

Ubisoft recently confirmed that the game would release on Wii U, saying that the Wii U GamePad was a natural fit for its gameplay concepts.