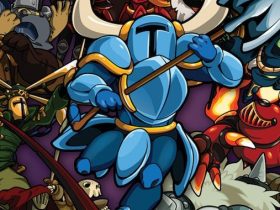 You’re now just a month away from Yoshi’s Woolly World‘s yarn-filled delights, with E3 2015 to sprinkle in mores surprises in between.

We’ve been lucky enough to take the undeniably adorable Wii U exclusive for a spin, so enjoy three videos from us below: the first sharing the tranquil melody that accompanies the game’s title screen; Kamek’s mischievous magic in the opening cutscene, and highlights from throughout World 1. Watch below, in cuddly 1080p 60fps goodness!

Yoshi’s Woolly World will release exclusively for Wii U in Australia on June 25th, and in Europe on June 26th.