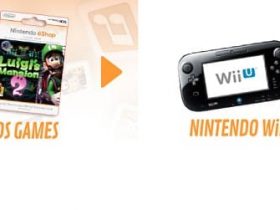 GungHo Online Entertainment will host a special Ninjala livestream next week in which you can see Japanese pop icon Kyary Pamyu Pamyu play the game herself.

The bubblegum arena brawler’s livestream will be broadcast on the GungHo Twitch channel at 6am BST on Thursday 18th June.

There is also a new developer diary that has been released, showcasing new weapons such as the Scroll Blade and the Drum Beat.

In Ninjala, you play as a modern-day ninja who is challenged to take part in the Ninjala tournament, using Ninja-Gum to blow bubbles that can be hurled at your enemies and having the chance to craft your weapons.

Without the need for a Nintendo Switch Online subscription, you will participate in Battle Royale-style matches against up to eight players.

Whoever earns the most points during each match will be declared the winner, which are scored by defeating your opponents, obtaining items, destroying drones positioned across the stage, and more.

You can even earn extra points by taking down your opponents with an IPPON, that are described as impressive finishing techniques.

There’s also a cooperative mode where you can team up with your friends to battle it out in 4-on-4 team matches, where you must work to secure more points than your opposition.

Your avatar can also be customised with costumes and accessories from unique fashion brands that can be combined as you wish to create a style that’s all your own.

Ninjala will release on the Nintendo eShop for Nintendo Switch worldwide on 24th June 2020.