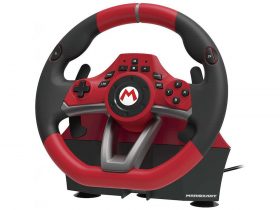 With Dynasty Warriors, Samurai Warriors, and gods from ancient history battling it out against swarms of enemies, Warriors Orochi 4 Ultimate will add “All-Star characters and fan favorites from past Koei Tecmo games” to the roster.

That will introduce seven new characters to boost the number of playable characters up to 177, which, revealed so far, adds Ryu Hayabusa, Hades, Achilles, Joan of Arc, and the Mother Earth goddess Gaia.

The expansion will also explore new storylines from Warriors Orochi 4, such as what led Zeus to form the anti-Odin coalition and what happened to the officers who were sent to investigate the enemy forces.

That will let you unlock the all-new True Ending to the saga with the gods, as well as new game modes such as Infinity Mode’s multi-layered maps, new magical abilities, and new Sacred Treasures.

Warriors Orochi 4 Ultimate will release at retail and on the Nintendo eShop for Nintendo Switch worldwide on 14th February 2020 and will be available as a digital upgrade pack for those that own the base game.