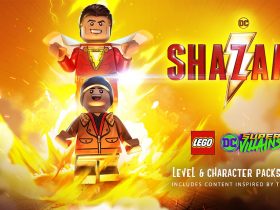 Sold Out has teamed up with Chucklefish to produce the Wargroove Deluxe Edition, a physical release for the turn-based strategy hit.

“Wargroove is a fantastic, critically-acclaimed game which up to now has only been available as a digital download. So, we’ve put together a special physical version which fans have been asking for to be available later in 2019,” explains Sold Out marketing director Sarah Hoeksma.

In the turn-based strategy game, you take control of an army and its commander unit to wage war on your enemies.

With more than 23 Commanders from the four warring factions – the Cherrystone Kingdom, Heavensong Empire, Felheim Legion, and Floran Tribes – to choose from, accessibility has been “at the forefront” of the game’s design, meaning that it is easy to pick up but difficult to master.

Each Commander has a special move called a Groove that, once activated, can change the battlefield in different ways. The Cherrystone Kingdom’s Mercia can heal adjacent units, whereas Valder of the Felheim Legion can conjure the undead to spawn a new unit.

There are also local and online multiplayer skirmish modes that will let you compete against or work co-operatively with friends, and the chance to use in-game editors to create your own custom scenarios and maps.

Wargroove is now available on the Nintendo eShop for Nintendo Switch worldwide, with Wargroove Deluxe Edition to release at retail in Fall 2019.