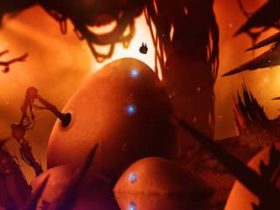 Badland: Game of the Year Edition charts Wii U launch for July 30th

If you’ve worn out your vocal talents on SiNG Party, then let Activision grant you the chance to become a singing sensation in The Voice.

Based on NBC’s Emmy award-winning television show, players can perform solos, duets and take each other on in Battle Rounds, matching the show’s structure by taking you from Blind Auditions all the way through to the Final.

Single and multiplayer modes will keep you busy, with Party Mode allowing eight players to take each other on – the scoring system measuring your success with a Voice Coach Mode teaching you professional-level techniques.

Songs confirmed by Activison to be on the disc cover multiple genres, with “Apologise,” “Brave,” “Counting Stars,” “My Songs Know What You Did in the Dark,” “Over You,” and “You Won’t Find This.”

The Voice is now available for Wii U and Wii across North America.