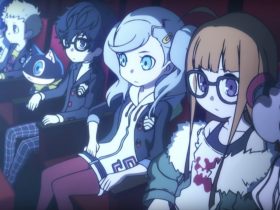 Ratalaika Games and Quill Game Studios have confirmed that A Summer With The Shiba Inu will release on Nintendo Switch this week.

After Syd the Shiba Inu decides to return to Shiba Island after a 10-year absence, she unwittingly sets off a chain of events that overturn the lives of all the dogs that she had left behind.

In this visual novel, you must help her survive the past that made her leave the island in the first place – with help from her old friend Max and a mysterious Labrador Retriever called Quei-Li.

Your choices will impact Shiba Island’s fate, with 10 variants leading you to one of three main endings.

There are also random facts about dogs in the visual novel’s menus, and a dedicated bark button on the Preferences screen.

A Summer With The Shiba Inu will release on the Nintendo eShop for Nintendo Switch worldwide on 26th June 2020.