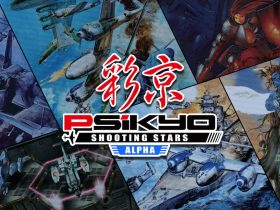 Forever Entertainment has announced that Violett will see release on Nintendo Switch this week.

The point-and-click adventure puzzler is set in a quirky parallel reality inspired by Alice in the Wonderland, that Violett discovers when she notices a mouse hole with a shiny object inside. Curious, she reaches inside and is pulled into an odd world. However, she has no idea how to get back.

The adventure game promises to push your brain to the limits, players exploring a parallel reality where frogs sing operas, garden gnomes are emissaries from another dimension, and the power of telekinesis is normal enough not to freak anyone out. With intricate puzzles and riddles to tackle, you must fight the evil Spider Queen who wants to prevent you from ever returning home.

Violett will release on the Nintendo eShop for Nintendo Switch in Europe on October 25th, and in North America on October 26th.