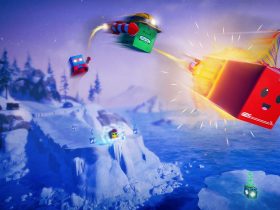 Another Indie and Glass Heart Games have released a new trailer for Vigil: The Longest Night on Nintendo Switch.

This is a 2D action-platformer that takes inspiration from the Castlevania series and Salt and Sanctuary.

In a world without sunlight, Leila, a member of the Vigil, returns home to search for her sister who has disappeared.

That soon sees her become lost in a world of unimaginable terror, as she uncovers the secrets of her hometown and the source of the evil that plagues the surrounding countryside.

This tale of eldritch horror will challenge you to traverse a world that drifts between dream and reality to sanity and madness, searching to uncover the secret of the longest night and the monsters invading the world.

Vigil: The Longest Night will release on the Nintendo eShop for Nintendo Switch worldwide in 2020.