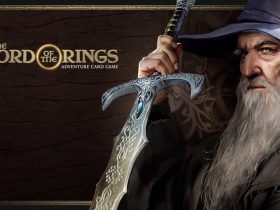 Going into Vaccine I knew absolutely nothing about it. What initially drew me in about it though was it was clear it was designed with somebody like me in mind, somebody that grew up with games such as Resident Evil (even if I was supposedly too young to play them). For me, it presents a flashback to an amazing time in gaming. Not everybody is me, however, and people may look at this and be instantly turned off by the simplistic blocky PS1-era graphics. So the question is, is this game for everybody or just those that enjoyed these kinds of games back in the day?

The story to Vaccine is as basic as you’re going to find, you need to find a vaccine for your infected team member within 30 minutes. Even Mario games have a more in-depth story than that! But to be honest, I actually quite enjoyed the fact that is was so simple, not all games need senseless and unnecessarily convoluted stories. Sometimes you just need a simple premise and you’re good to go. This is one such example. Even when you start the game over you are greeted with a message that pops up saying “Despite all your efforts, your friend got infected again”. So it even gives you a super simplistic reason to try again. 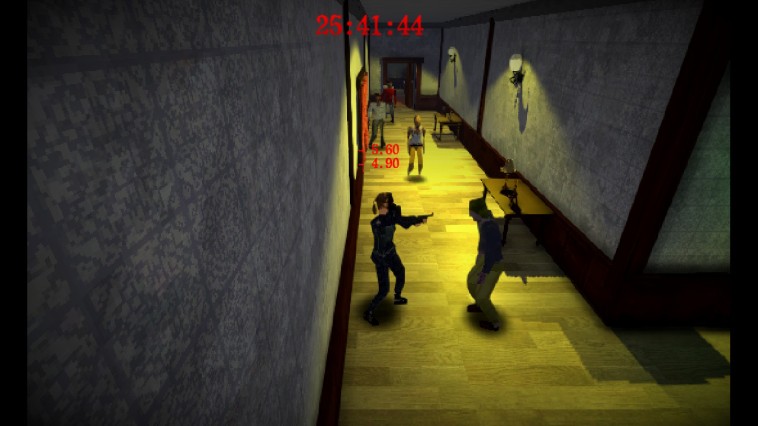 When you begin the game you are given the choice of using either a male or female character, each having their own unique stats such as one having better stamina and luck. You must then find the vaccine for the other character that you didn’t pick in a randomly generated mansion, which I must say sounds better than it is. What makes Vaccine very unique is that each time you play will never be the same because you will be put in a completely different mansion layout, with randomly generated rooms, enemy placements, traps and item distribution every time you start a new game. It is designed to be played over and over again, thus the reason why the game is effectively less than 30 minutes long. But because of the randomly generated nature of the game, some playthroughs are by far easier than others, making for some truly infuriating moments.

My mind kept turning back to The Binding of Isaac when thinking of another game that used a randomly generated map. Isaac is one of my all-time favourite games and I love that each playthrough is different as you get different power-ups and stats, but it never felt unfair because you always had the basic tools to win. Vaccine sometimes takes really important items away from you such as (for me anyway) significant weapons. You start the game with a knife, but you can find a handgun, note I said can. Trying to kill every enemy with a knife is not how you want to play the game, trust me, and you might as well die before you get further into it as you will probably die at some point.Don’t get me wrong though. If you get the right item placement, you can have a really enjoyable playthrough. The stop-start nature of the game does lend itself to be a perfect fit on the Nintendo Switch as you can pick up and play whenever you want. 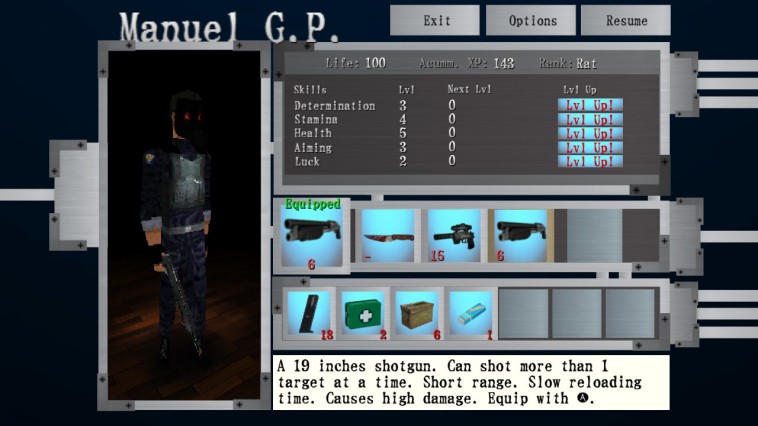 As mentioned, Vaccine is clearly a throwback to Resident Evil, Silent Hill and even the original Alone in the Dark. This means that yes there are tank controls which have always been slightly awkward, yes the camera is dated and yes killing enemies is a bit cumbersome. But I like all of that stuff and I know there will be others that hate it, it’s just one of those things that unfortunately couldn’t really be evaded. It’s just a shame that even though this is a recent game, it actually manages to feel worse than the original Resident Evil game in terms of player control, it’s not a million miles off, but even so.

One of the biggest redeeming features about Vaccine, however, is that it incorporates an experience system that I actually like quite a lot. You get experience for doing almost anything in the game, even opening doors. Of course, certain actions will grant you a lot more experience points than others. The Experience points can then be used to upgrade your characters stats, which I alluded to earlier, with some being a lot more paramount to succeeding than others such as health as you tend to die pretty easily and frequently. 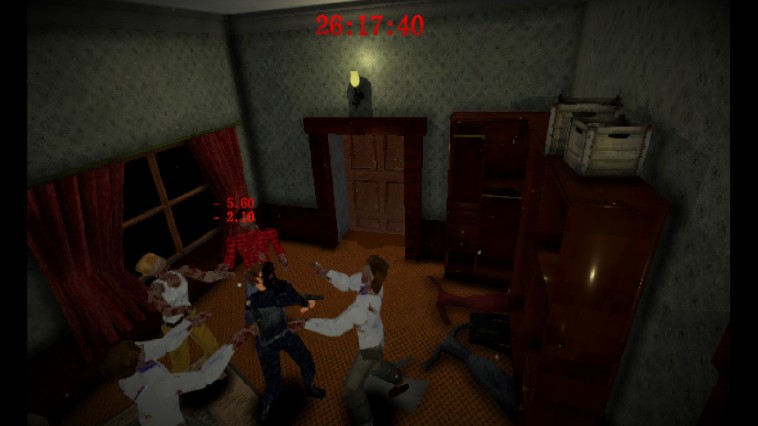 Visually, of course, the game looks extremely dated by today’s standards, but that is exactly what they have gone for and fair play to the developers because we haven’t had games that look like this in 20 years. And again, some people will love this choice, others will look and think it is ugly as hell, but that’s the nature of the beast. The music also feels of that time with its old-fashioned styled effects and melodramatic drones. It all works well enough and keeps in tone with the game but it’s not going to win any awards on musical mastery.

Vaccine could have been great in all honesty and I really wanted it to be. It just, unfortunately, falls some way off. Some may say it’s basically a rip-off but I see it more that the game was made for a bit of fan service for those that love the old Resident Evil games and, because of that, I can’t see it appealing to anybody else in all honesty. It is a shame that in order to see the game at its best, you need to have a bit of luck and hope that you get a good mansion layout. When I got a good layout, I actually enjoyed the experience.