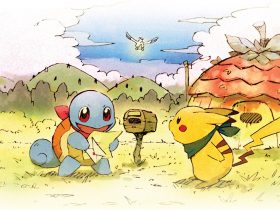 After recently seeing release on Wii U, Smiling Buddha Games will soon bring Use Your Words to Nintendo Switch.

The party game comes packed with four minigames: Sub The Title, where players watch a short clip from a foreign film and write their own subtitles; Blank-o-Matic, in which you must fill in the blank to complete the sentence; EXTRA, EXTRA!, that tasks you with writing a hilarious caption or clickbait headline for a ridiculous photo; and Survey Says, a rapid-fire game show style lightning round.

With three to six players able to join in, you can use phones and tablets as controllers to make sure that everyone can get involved. Those that get stumped can use a hidden House Answer to lay a trap for everyone that they are playing against, once it’s time for everyone to vote on their favourite choice.

Use Your Words will soon see release on the Nintendo eShop for Nintendo Switch.