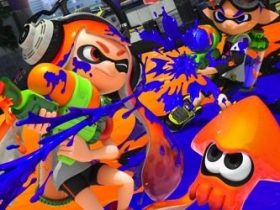 Traffic lights can be a fickle thing. One minute they feel like they’re on your side, green lights shining brightly and your car journey free from annoying waits. The next, however, it seems like they’re out to get you, doing absolutely everything they can to slow you down and keep that foot on the brake pedal. What’s even worse is it feels like they’re at their worst when you’re in a hurry. It’s almost as if they know… So, when I heard about Urban Flow, a game that sees you in control of the traffic lights, I was in two minds. As much as I hate the red, amber and green beasts, being the one behind their menacing behaviour could be kind of fun.

Your goal in Urban Flow is to manage the flow of traffic in different busy sections of a city – be it roundabouts or intersecting streets – by setting their numerous traffic lights. The drivers in the game are a little less patient than what you’re likely to see in the real world so if you leave them waiting at a red light too long, the light will show green and they’ll move along anyways potentially leading to collisions and costing you lives (not actual human lives but continues). As you progress through the game’s hundred-odd stages, you’ll be faced with more complex layouts with even more traffic lights to monitor along with other problems such as broken-down vehicles and weather conditions. Furthermore, you’ll even have to deal with different vehicles that have requirements of their own such as trains, tanks and ambulances, the latter of which must make it through the section within in a time limit.

What this all boils down to is a game focused around multitasking and timing. That being said, the game throws enough your way to keep you on your toes and more importantly keep things interesting. Just when you feel you’ve mastered a certain problem; the game will throw in another for you to then try and adjust to. Believe me when I say things can get very tough. One particular example that broke my brain was dealing with turning on traffic lights in pairs on completely different roads. That being said I never felt frustrated and any failed attempt only resulted in me hurriedly trying again until I succeeded.

Despite your only real action being to switch traffic lights between green and red, the game manages to get a fair amount of mileage out of the concept. Control-wise things couldn’t be simpler either, switching lights done by simply tapping on the corresponding button. At first, this can take some getting used to especially if you’re still getting your head around the button layout of a Switch controller. However, this method allows you to react quickly and is a far better alternative to having to select a light with the control stick. Better still are the touch screen options though.

As much fun as I had taming the roads alone, co-operative play is where I found myself having the best time. Assigning traffic lights to each player makes things less daunting overall but of course, places a great emphasis on strong communication. In the same vein as other co-operative games like Overcooked or Moving Out, here the action quickly shifts into frantic and well-thought plans devolve into panicked shouting. It’s brilliant fun.

The game’s main campaign is where you’ll spend a bulk of your time, and the three-star rankings for each level will only extend your stay further as you try to perfect each junction avoiding any crashes. Outside this main mode, you’ll also find an endless option as well as a number of cute albeit fairly forgettable unlockables earned by using your stars. It’s a little slim in terms of features, but the campaign feels like more than enough content for the price you’re paying.

The low-poly look of Urban Flow has an almost diorama-feel about it, the cars darting about like little toys. Everything is clean and clear with a framerate that never stutters even when the traffic gets particularly busy whether you’re playing docked or in handheld. Levels meanwhile have a surprising amount of variety in terms of their look and surroundings despite all being city-based. What could have easily blended together as nothing more than a series of roads and buildings feels like anything but.

Urban Flow is a neat game that’s highly enjoyable on your own or with others. Its simple premise is used to great effect forming an experience that’s challenging, frantic but always rewarding. Traffic lights might suck in real life but that’s definitely not the case here in Urban Flow.