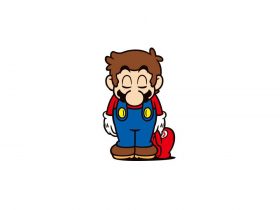 As the title suggests, Untitled Goose Game sees you taking on the role of a goose, your aim to essentially be as big a nuisance as possible to the residents of a quaint little British village. It’s a simple premise but one that makes for a charming and at times highly entertaining experience. 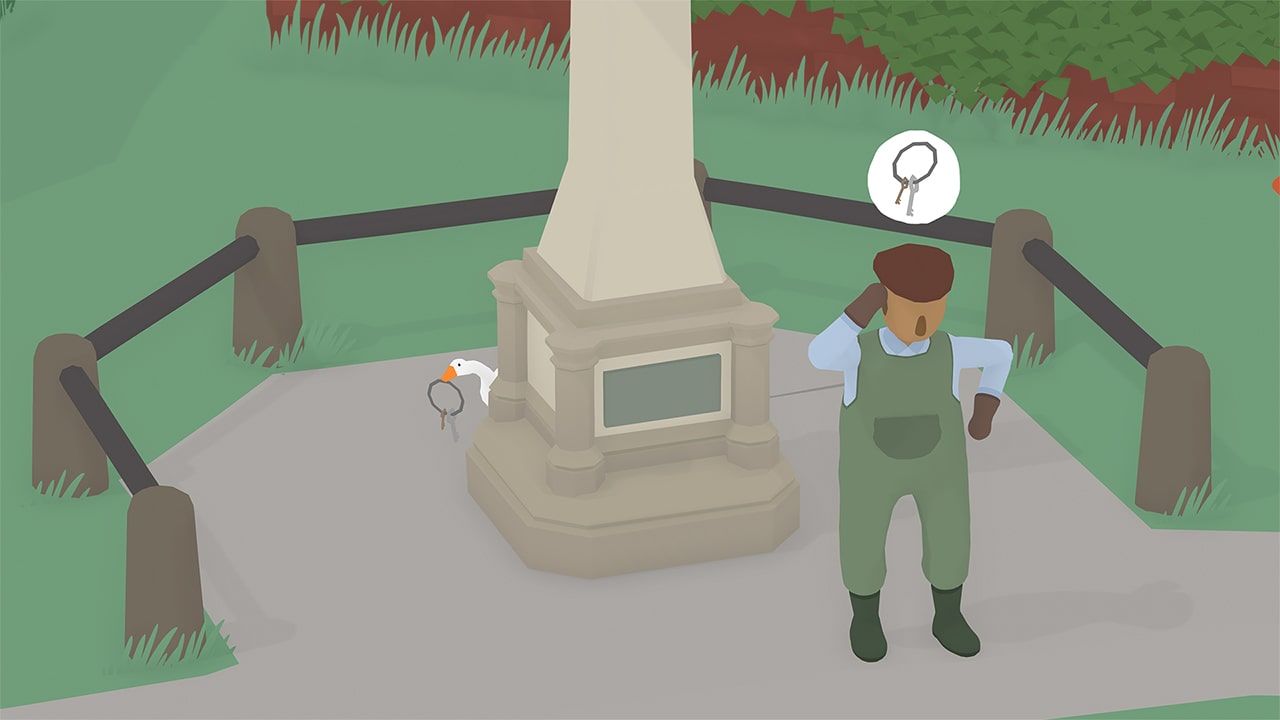 The game kicks things off first introducing you to its simple control scheme and the short list of goose actions at your disposal. These include being able to waddle for a more stealthy approach and dash, raise your wings, lower your head, pick up and drop items with your mouth and – perhaps most fun of all – ‘honk’ loudly. Controlling the goose is great fun in general offering the perfect blend of simplicity and uniqueness. There are times when things get a little clumsy especially when it comes to picking up a specific item in a hurry or doing so when you have got a bundle of things together. These moments aren’t frequent enough to truly hurt the fun though.

The village you’ll gradually open up and explore is broken up into a small handful of subdivisions each of these housing their own list of tasks to be completed. Take the garden – the game’s opening area – for example, a miniature-playground complete with vegetable patches, a nearby lake and a groundskeeper to annoy. Here you’ll need to gather all the elements of a picnic together, get the groundskeeper soaked with water and even steal his keys. How you go about accomplishing these missions is a matter of using your limited abilities as a goose as well as the environment and any objects littered about it.

While I initially expected to be treated to a light-hearted, easy-going experience not too dissimilar to something like Donut County, what I actually ended up facing was a puzzle game far tougher than I would have ever expected. Don’t let its visuals fool you; this is not an easy game. 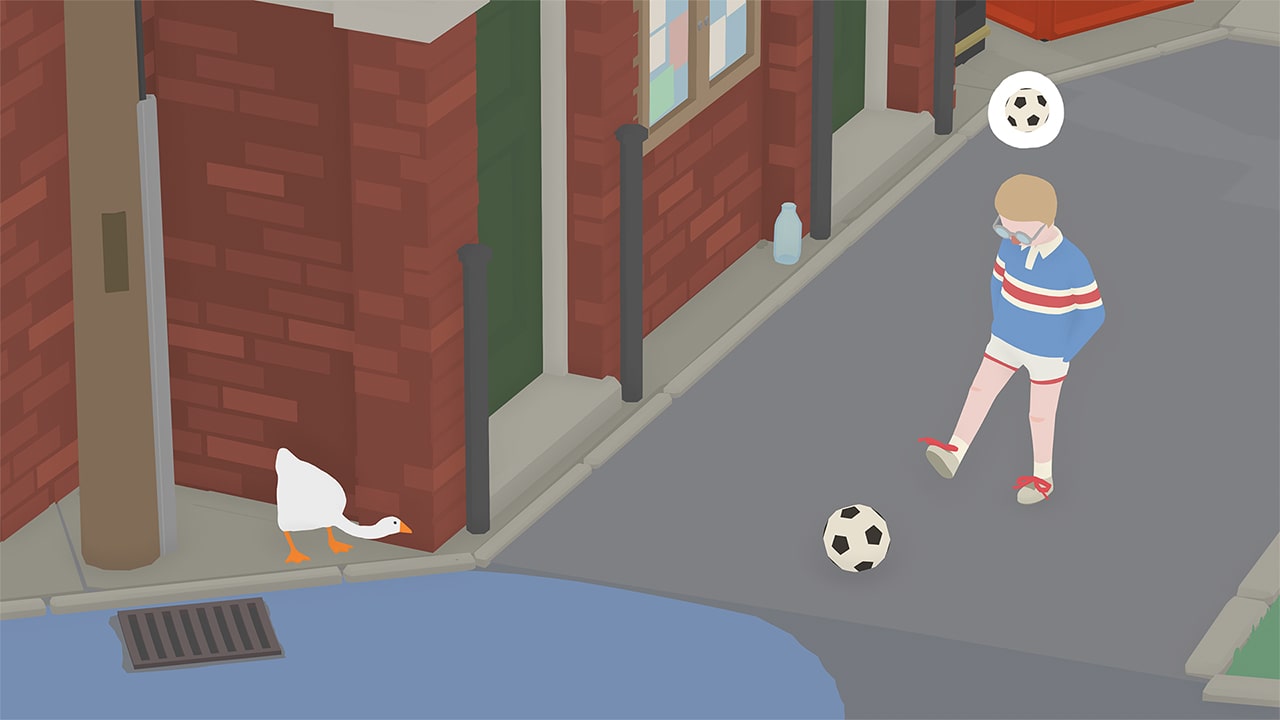 Each task on your checklist feels like its own mini-puzzle to be solved. With each new area reached I would try to figure out how its many items might work together. What is it I needed to do to turn on the sprinkler system? How was I going to force a young boy to pay for his own toy at the local store? Sometimes the solution is a clever and amusing one as you watch the consequences of your mischievous actions develop. Others focused on gathering items in one location feels less inspired and edges closer to busy work. The repetition of distracting a human with one object while you steal another a trick that gets old quickly.

Then there are the task types where you’re left stumped, experimenting with any object you find and hoping it might get you one step closer to accomplishing your goal. This is where the game can verge on frustrating as you’re simply left wondering aimlessly with not so much as a hint. My playtime with the game wasn’t exactly long and even then a good chunk of it was stuck on what I needed to do next. I’d be lying if I said I hadn’t referred to a friend for help on one or two tasks in the game. These moments while trying, never extinguished the fun I had working my way through the village nor the sense of accomplishment from solving its many puzzles. 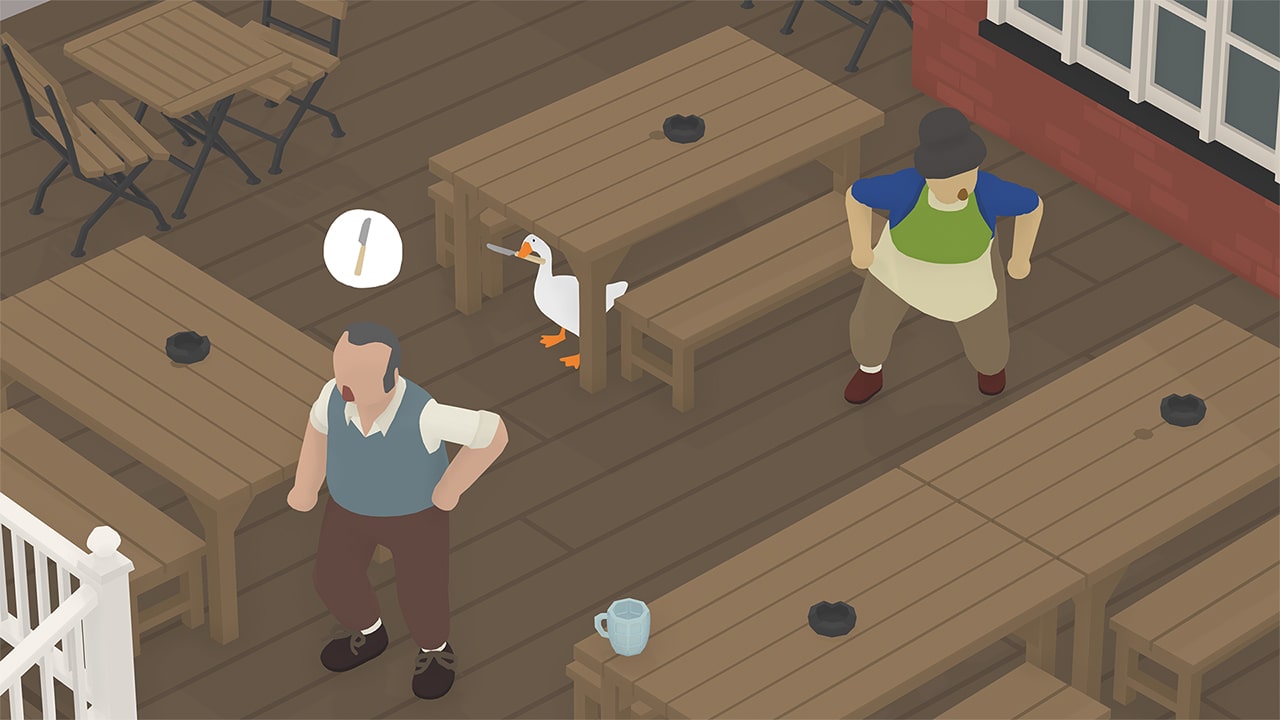 The village itself is small in scale but densely packed with sights to see and people to annoy. It’s funny for such a commonplace setting just how much I enjoyed discovering its every little nook, advancing to the next chunk of the map or simply just messing around being a goose and pushing the game’s mechanics to its limits. What helps truly sell this otherwise ordinary locale is the game’s overall presentation; it’s visuals minimalistic in nature but bright, bold and colorful. It’s inhabitants full of character going about their daily activities. This village felt like a real place.

There was always going to be the worry that Untitled Goose Game would be a case of all hype without the delivery. Fortunately what we got is a unique, charming and often amusing experience that’s only dampened by some frustratingly tough puzzles and occasionally clumsy controls. It’s far from perfect, sure, but it’s certainly a game I’ll remember with a smile on my face. Honk!