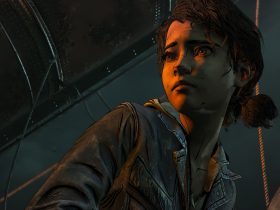 Our adventure kicks off in rather ordinary fashion with Daniel and three of his friends engaging in a game of Dungeons and Dragons (although the name is never mentioned, it may as well be). When nature calls Daniel pops out to the bathroom only to find all the lights have mysteriously gone out. At first, thinking it to be a prank by his friends, Daniel soon discovers he is now inside a castle filled with a whole host of nasty enemies ready to tear him to shreds. Not only that but a bitter spirit possesses his body constantly trying to get Daniel killed so he can be released.

UnEpic is clearly inspired by the older 2D Metroidvania style adventures, making your way through a series of labyrinth-like areas tackling monsters and discovering hidden treasures along the way. Not quite a full-on RPG but not really a straight platformer, UnEpic instead feels more akin to a dungeon crawler albeit one in 2D rather than viewed from above.

Combat is kept simple and perhaps disappointingly so, with no real combos so to speak nor even an ability to dodge. While the game does throw a hefty range of weapon types your way including swords, axes and bows, it’s never enough to prevent battles becoming a little stale and repetitive the longer you play. On the plus side, magic spells inject a little more variety and strategy into the mix, offering useful perks such as teleporting, healing and of course damage increase. 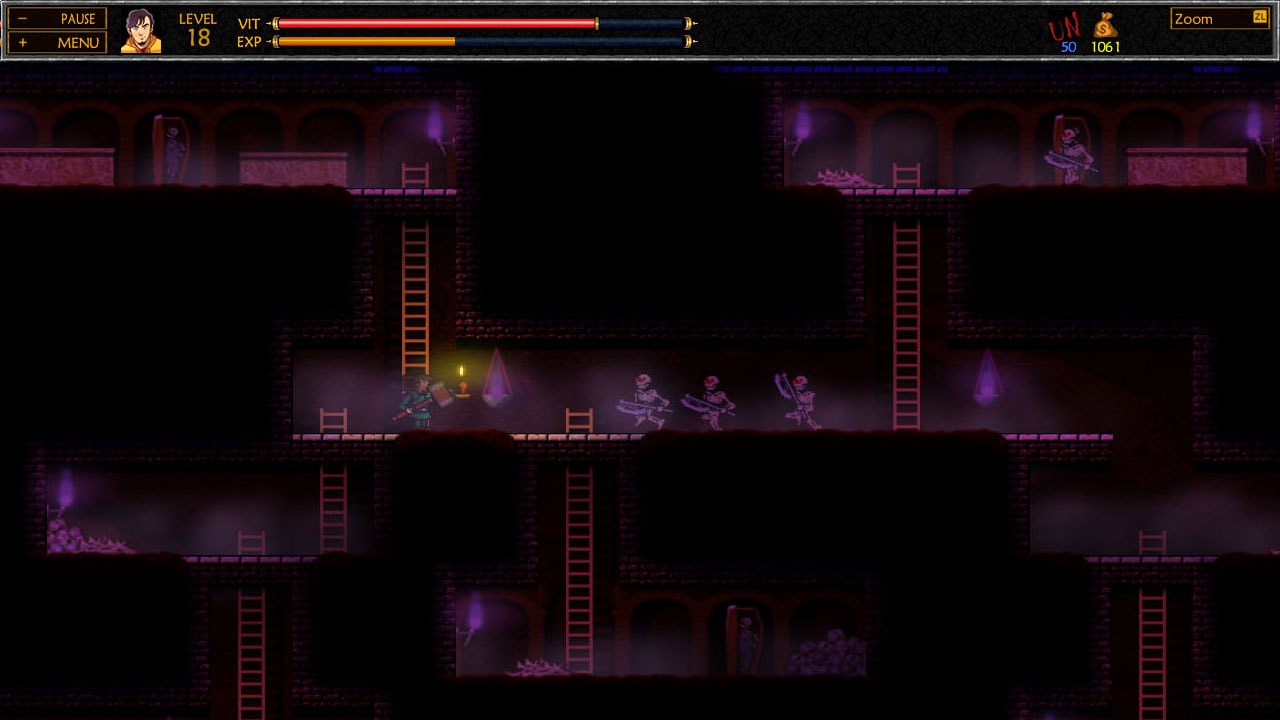 You’ll come face to face with a whole cast of horrid enemies on your journey including goblins, giant worms, bats and plenty more along with a number of boss battles too. Despite the range of monsters and creatures though, you’ll feel every encounter follows the same rather uneventful pattern resulting in battles that feel more like busy work than exciting life or death situations.

UnEpic may not stick the landing when it comes to its combat but the sense of exploration and discovery within the castle is what keeps you engaged far better. With every new route and secret uncovered, the prize for searching feels not only rewarding but useful too. Whether it’s a new weapon with improved stats or a spell to help in combat, you’ll feel the urge to keep searching high and low for better plunders. Quests from NPCs also offer the incentive to travel off the beaten path searching for certain items or defeating enemies for further rewards.

Despite Daniel’s simple repertoire of skills, there is a fair amount going on when it comes to the items he picks up along the way. With RPG-like upgrades, items, weapons, and spells to juggle you’d be forgiven for thinking this may cause some issues in terms of management. Fortunately, UnEpic solves this potential issue by allowing the player to assign shortcuts for anything they might need at the quick press of a button or two. It works surprisingly well in fact. 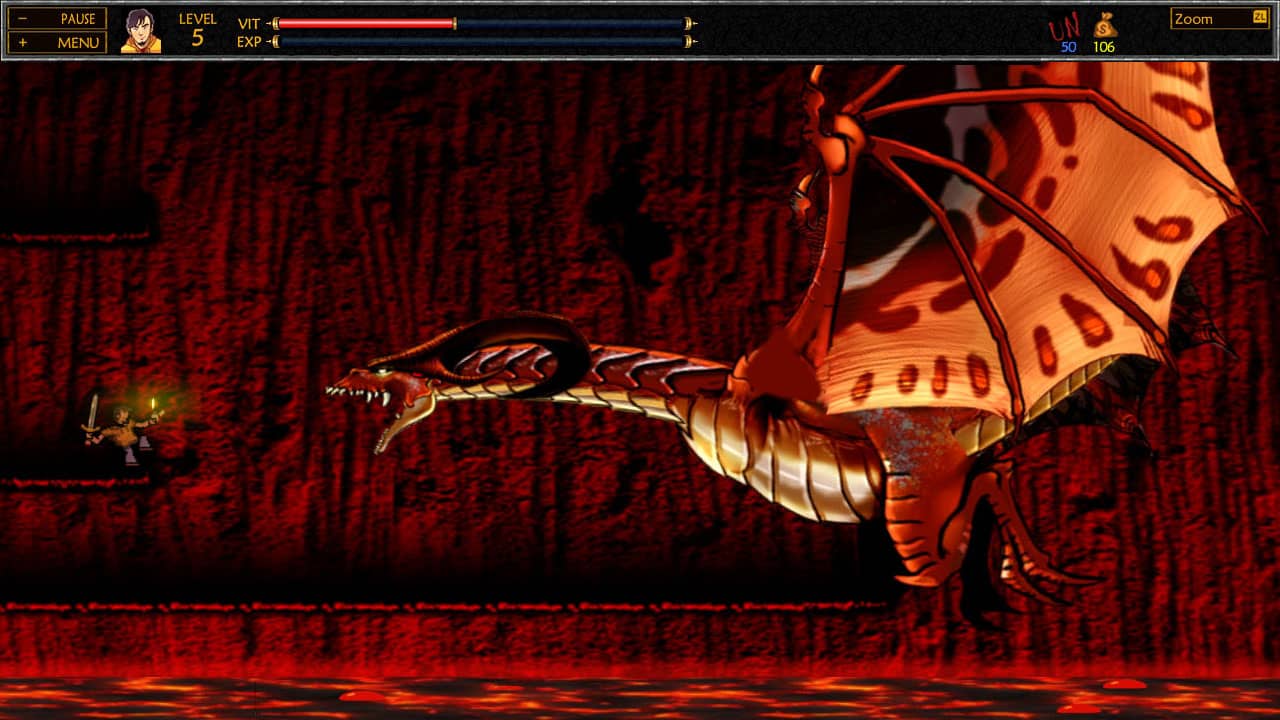 While the game’s story is fairly straightforward, it instead relies on countless references to help liven things up a little. Everything from Star Wars and Star Trek to The Evil Dead gets a shout in UnEpic and while at first it certainly has its merits, after a while the effect feels cheapens the more the game relies on this sort of material. If you love your games full of references to other works, then you should love what UnEpic has to offer.

When it comes to how UnEpic presents itself, you can’t help but feel slightly underwhelmed. The visuals, for example, while clean and clear lack any real character or depth to them – a real shame especially for a game set in a fantasy world. The voice acting too feels amateurish at best and while the UI makes sifting through items, weapons and so on easier, it results in a screen that often looks cluttered and unappealing. In a game trying a number of unique and interesting things these blemishes might be less apparent, but in a game that feels more like its imitating others and covering already trodden ground like UnEpic it is harder to ignore.

On a system that already has its fair share of Metroidvania style outings, UnEpic fails to deliver the same level of adventure and excitement as its competition. Truth is UnEpic feels… well exactly that delivering a fairly ordinary take on the genre and one that plays totally fine but lacks the ingenuity and satisfaction you want.