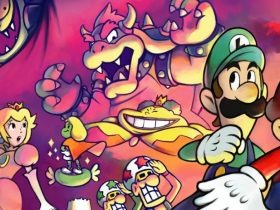 Pill Bug Interactive has announced that Cycle 28 will release on Nintendo Switch, a 2D space shooter created in a classic arcade style where only your score matters.

With simple controls, fast-paced action and intense dogfights that lead to epic, screen-filling bosses, you play as flight lieutenant Olivia Bergen who has become separated from her fleet.

You don’t know who your enemies are or what they want, only that they are what lies between you and home. You must get better, faster, stronger to overcome them, but, until then, the cycle will repeat and you can only keep dying.

Cycle 28 will release on the Nintendo eShop for Nintendo Switch worldwide on August 2nd.