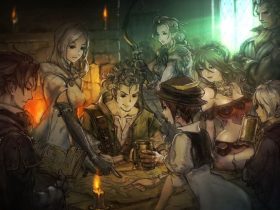 “The previously announced release date for Umihara Kawase BaZooKa! from ININ Games for both the physical and digital release – Nintendo Switch and PlayStation 4 – has been officially reset to September 29th 2020,” the publisher confirmed.

“This delay will allow players to benefit from an improved worldwide multiplayer infrastructure, ensuring fast and stable online fights. ININ Games also took the time to add languages, to provide for a great game experience.”

Young sushi chef Umihara Kawase returns in this fast-paced action game where your goal is to clear the screen of enemies using your enchanted bazooka and a multi-functional fishing rod. That’s while leaping between moving platforms and dodging perilous obstacles and quirky aquatic enemies.

Your fishing line can be used to hook an enemy or another player to banish them, or as a magical grappling hook to help you quickly travel across the stage. Whereas your bazooka can shoot gigantic balls and, whenever you run out of ammo, you can catch a mysterious creature to recharge it.

The game has a 40-stage Challenge Mode that can be braved alone or with up to three other players, as well as co-op and competitive multiplayer Battle modes such as Battle Royale and Star Match modes.

Umihara Kawase BaZooKa! will release at retail and on the Nintendo eShop for Nintendo Switch worldwide in 29th September 2020.