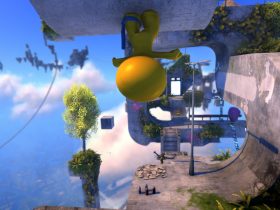 Electronic Arts has announced that FIFA 19 will release on Nintendo Switch, and, for the first time, will include the UEFA Champions League, UEFA Europa League and UEFA Super Cup.

Players can look to achieve glory in the new UEFA Champions League tournament mode that promises to have all the drama from the group stage through to the illustrious final. Or, you can choose to play a custom version of the tournament with any European club included in the game.

You can also choose to build your dream squad in FIFA 19 Ultimate Team, that has live and authentic content from the world’s most prestigious club competitions – including the UEFA Champions League and UEFA Europa League.

“The UEFA Champions League has been one of the most requested features from players for over a decade, and we’re so excited for one of the World’s biggest competitions to join The World’s Game in FIFA 19,” explains FIFA executive producer, Aaron McHardy.

“We are elevating the experience this year in so many ways, from integrating UEFA Champions League content across the game, to adding a variety of new features that bring more control to gameplay.”

Cristiano Ronaldo returns as the cover star and is joined by the Brazilian superstar, Neymar Jr, for the FIFA 19 Champions Edition cover.

FIFA 19 will release for Nintendo Switch worldwide on September 28th.