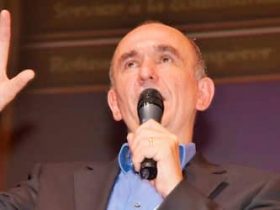 Ubisoft have announced that they are currently developing a title based upon popular BBC programme Strictly Come Dancing.

It’s due to release in November later this year for Xbox 360, PlayStation 3 and Wii, and was previously revealed through the publisher’s latest release schedule.

There is currently no information in regards to what’ll be expected of players, but with the recent success of Ubisoft’s Just Dance titles we’re sure you’ll once again be tempted to strut your stuff!