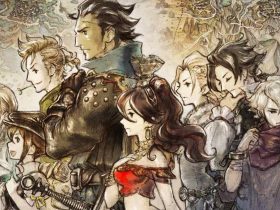 I’m sure I wasn’t the only one elated to learn that Ubisoft would deliver a Wii U version of Tom Clancy’s Splinter Cell: Blacklist.

Whilst most third-party publishers seem unwilling to commit to developing for Nintendo’s latest console, the French publisher continues to shine as a beacon of support.

It isn’t the game’s core development team at Ubisoft Toronto that are looking after the Wii U outing, however, which has instead been passed to Ubisoft Shanghai.

“We have amazing brands, and if we make great games on all the platforms people will be happy,” explained Splinter Cell: Blacklist’s creative director Maxime Beland explained to Eurogamer, discussing why the company is so supportive of Nintendo’s hardware.

“As long as the quality’s there and the game is fun it’s going to work or have a chance of working.”

He continued, “What I like about what we’re doing with the Wii U is that Splinter Cell’s always about gadgets, and with the controller it’s a natural extension.

“It’s interesting on that side for sure, because we didn’t have to invent new ways of interacting with the game to support the hardware. It just makes sense.”

Tom Clancy’s Splinter Cell Blacklist will release on August 20th across North America, and August 23rd across the United Kingdom.