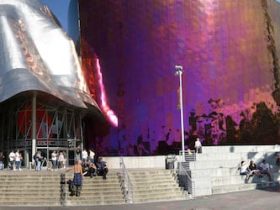 Believed to be only seeing release on current-gen consoles and PC, Ubisoft surprised the world this week by announcing that their ambitious racer The Crew is also in development for Xbox 360.

That immediately struck up questions over why it wasn’t speeding toward PlayStation 3, and, from our own Nintendo perspective, Wii U as well. That largely falls down to the Xbox 360’s technical infrastructure being not too dissimilar to Xbox One and PlayStation 4 apparently, easing their process of porting.

“The Crew is originally built for the new generation of consoles so when we made the decision to port it to the previous generation of consoles, we decided to focus solely on the platform closest to the new-gen’s technical infrastructure, which is the Xbox 360,” an Ubisoft representative discussed with VideoGamer.com.

“We are not currently working on a PS3 or Wii U version, we are rather focused on delivering The Crew for Xbox One, PS4, PC and Xbox360 simultaneously on November 11th.”

It looks like we’ll have to rely on Project CARS early next year to satisfy our realistic-driving itch.