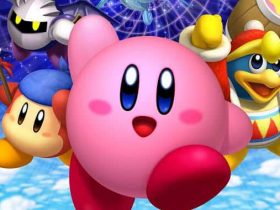 Ubisoft’s CEO Yves Guillemot has today commented on the forthcoming reveal of Nintendo’s Wii successor, codenamed Project Café, stating his belief that it is “a fantastic platform” and one that he predicts “will be extremely successful.

Speaking during an investor call today, Guillemot commented that the work already done by Ubisoft’s development teams on titles for current HD consoles will be able to be utilised for Nintendo’s forthcoming platform.

“The platform Nintendo is coming with is really a fantastic platform. We think it will be extremely successful,” Guillemot stated. “What we see is that we will be able to leverage a lot of the work we do for Xbox 360 and PS3 while we create games for the platform. So we will not have to re-do completely the games that we create. We’ll be able to use all the capacity the console is giving but also use all the work we do for the other platforms.”

Whilst Nintendo haven’t officially released any technical specification for their upcoming console, speculation currently suggests that it packs more punch than Microsoft and Sony’s rival systems. Nintendo are due to unveil it to the world at their E3 Media Presentation on June 7th.