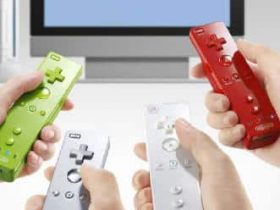 Having already expressed his company’s belief in Nintendo, Ubisoft’s Alain Corre has further complimented the company by stating they “have some of the best IP in the world.”

With Super Mario 3D World, Mario Kart 8, and Super Smash Bros. hitting Wii U during the next year, the third-party publisher feels assured that Nintendo will be able to shift more consoles at retail.

“There are millions, tens of millions of fans of Nintendo brands. I’m sure you’ve played Mario Kart for hundreds of hours. I did too,” Corre confessed to IGN.

“There are so many great franchises that are still making people dream. We think these brands will stay with us. After that, it’s up to Nintendo to make sure that the machine can reach as many consumers as possible. We all think that they’ll be able to sell more machines in the future.

“They have some of the best IP in the world, and some of the best memories for their players. If you’ve played Smash Bros. in the past, you want to play the next one. So these brands have a future, for sure. It’s up to them to work on more communication to get the machine into more hands.”