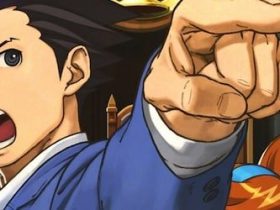 Update: Speaking to Spike TV’s Geoff Keighley, Ubisoft CEO Yves Guillemot confirmed that it was a Wii U exclusive that was targeted toward “families and friends.”

Original story: Ubisoft, a staunch support of the Wii U since launch, have revealed that they have completed development of a game for the console but aren’t yet prepared to release it.

Whilst Watch_Dogs and Just Dance 2015 will see release on the console this year, CEO Yves Guillemot revealed that the publisher has “another couple of products” that are waiting for launch, and one that they have held back for six months.

“We did adapt the number of products and the level of quantity that we did on the machine,” Guillemot explained during a roundtable event that MCV attended.

He continued, “We have a game that has been done for six months; it is on our shelf waiting until more families have the machine. Nintendo is really coming with fantastic games, so they could – with the right price and very good games – get the machine to start. If Wii U’s sales continue to multiply, it will quickly come to a mass market. We need the sales to increase so it becomes more mass market, and then we will have the volume we need to justify big marketing campaigns and TV marketing.

“This game could never come out and could instead come out on another format that offers the same sort of experience. We will know this year how the machine goes. We have to wait for Smash Bros to come. Smash Bros has always been a big, big property for Nintendo and for gamers. We all know that there are lots of Nintendo fans that are waiting for big games to come. We know they are coming. When I speak to the fans that come to E3, 90 per cent of them are crazy Nintendo fans. They really love Nintendo and the games they do. If they can quickly come and buy a Wii U, it would be good.”