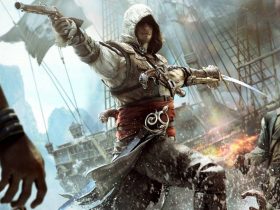 Rayman Legends losing its Wii U exclusivity was largely seen as a loss in confidence from Ubisoft.

Yet, the publisher’s CEO Yves Guillemot has commented that there’s absolutely “no problem” with the Wii U, and they simply wished to have more development time to “have the best game ever made” released for the console.

“No problem with the Wii U,” Guillemot stated to Gamekult (translated by NeoGAF). “In fact, we saw the opportunity, by giving more time, to have the best game ever made for the Wii U.

“Teams began to show what they made with the whole social aspect, which they will release in April. This makes it possible to make a social part which was impossible until now, and additional bosses.”

Ubisoft recently promised a “pipeline of games” for the console, with news that Rayman Legends’ online challenge mode will freely be available exclusively on Wii U in April.

He closed, “The goal is to make one of Ubisoft’s best games. The team is fully on Wii U to do that, but it also works on other generations, to arrive on several generations at the same time.”